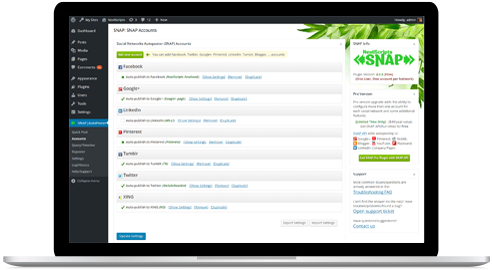 New interface is easier to use and much more mobile friendly. 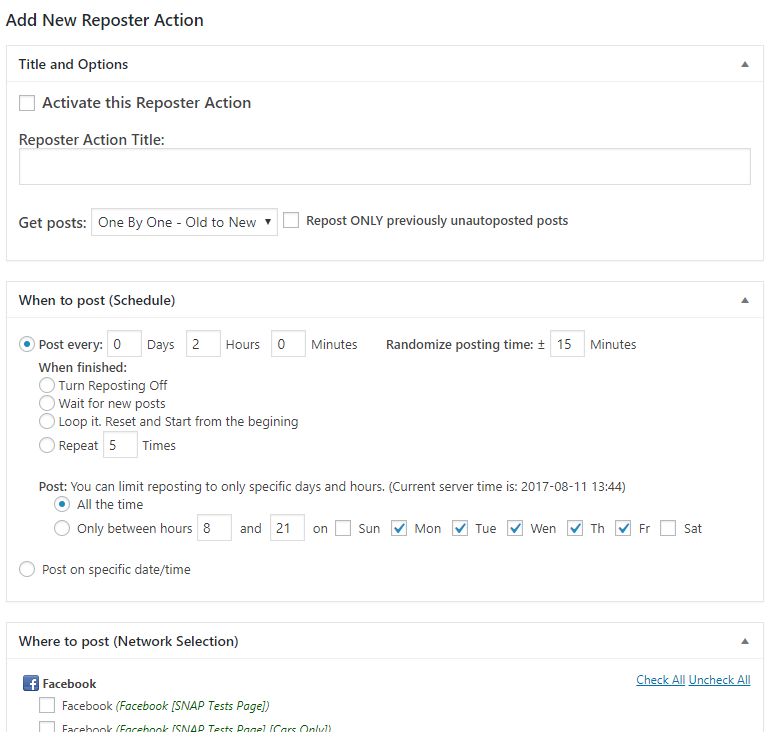 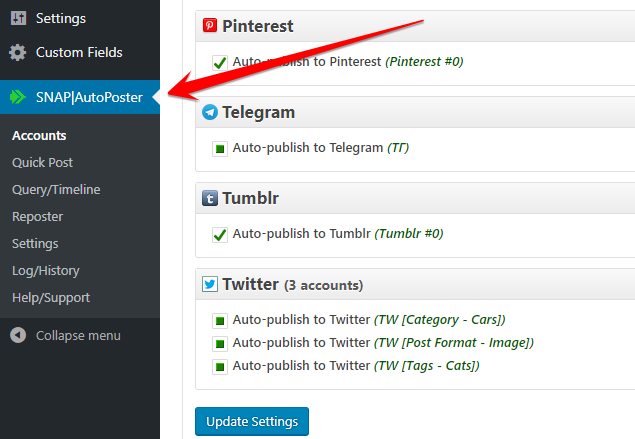 SNAP is now located in the side menu.

Quick Posts can be scheduled for any time. Quick posts are now all saved and can be edited and re-posted. 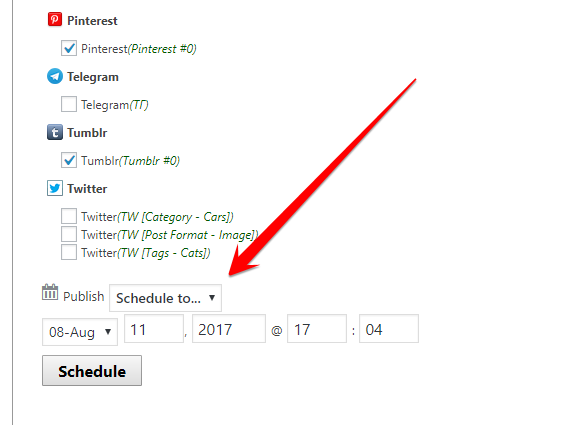 All code for version 4 was reviewed and optimized. Every feature is now faster, more efficient and easier to use.

SNAP has a lot of settings to configure.
1

Set what posts go to each network based on categories, tags, type, format and many more criteria.


Importing many posts at once? Not a problem. SNAP can query your autoposts and publish them one by one in defined time intervals.


Send a quick post to all configured social networks without creating a WordPress blogpost.
c

SNAP can autopost blogposts, pages, WooCommerce products, and any other "Custom Post Types"

Send a quick post to all configured social networks without creating a WordPress blogpost.

SNAP can post tags, categories and any other custom WordPress taxonomies as Hashtags


Add additional parameters to the links posted by SNAP.


See what was posted 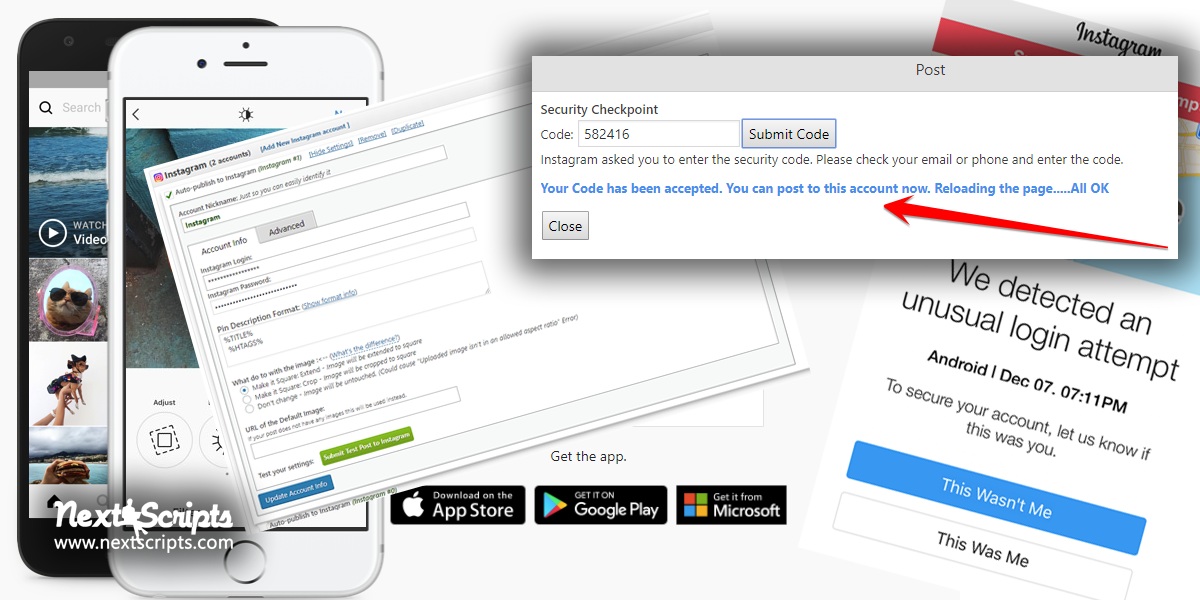 Sometimes Instagram decides that login from SNAP is “unusual” and asks for confirmation. Until yesterday, you just had to open Instagram on your phone and tap “This was me” button on “We have detected an unusual login attempt” screen. Yesterday this stopped working. Instagram is still asking you to confirm the login, but confirmation has […] 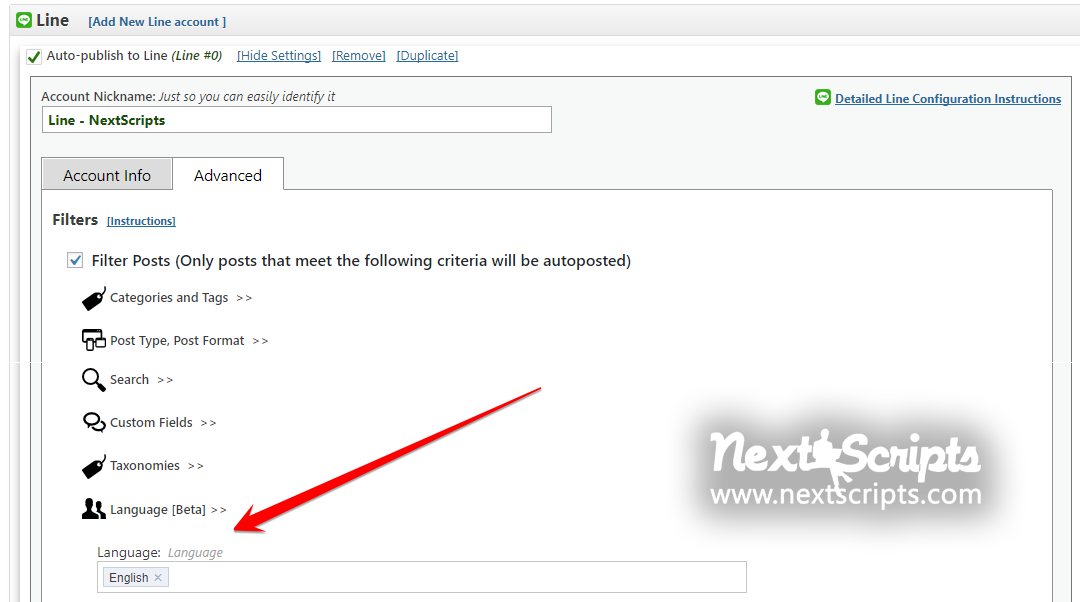 SNAP for WordPress Version 4.1 has been released. This version adds support for WPML and Polylang in filters and one new network – Messenger Line. It also eliminates the necessity to “Save” WordPress post after making changes to SNAP message format. == Changelog == = 4.1.0 [12/05/2017] = * New [Beta] – WPML and Polylang […] 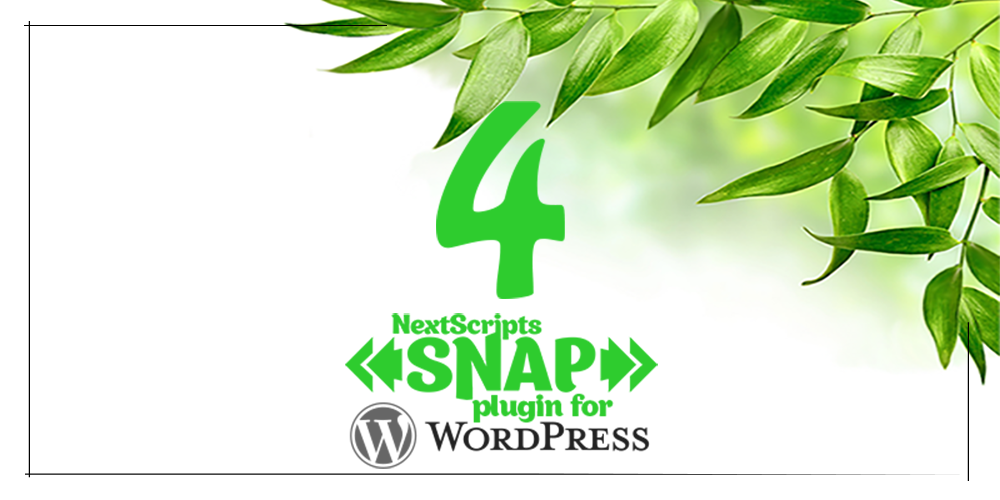 SNAP for WordPress Version 4 has been released. This is the biggest SNAP update ever. Almost 100% of the code was re-written. – New Autoposting Engine. Faster and 180% more efficient engine. It takes less memory and resources to preform autoposting jobs. – Old Posts Auto-reposting. Automatically post your already existing posts to your social […]

Today we are announcing SNAP for WordPress Version 3.5. It will be released on Friday, March 4, 2016. This version is a result of our decision to change our release strategy. We are still working on completely new and totally re-written version 4. That version will be a major release and it already took a […] 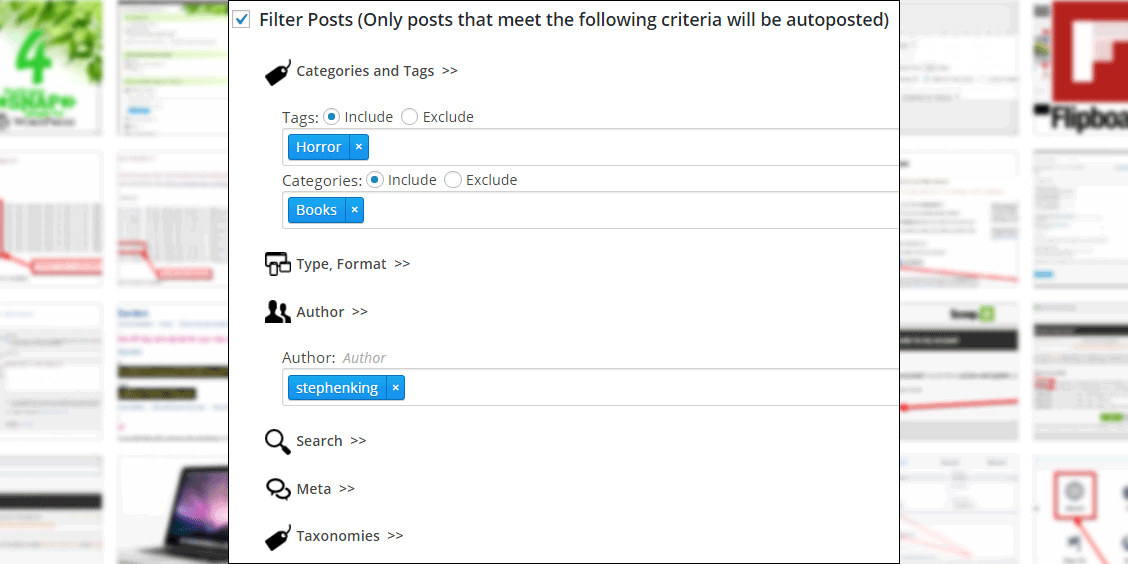 Version 4 is coming out soon. One of the new features is “Filters” – an ability to define exactly what posts should go to each configured networks. 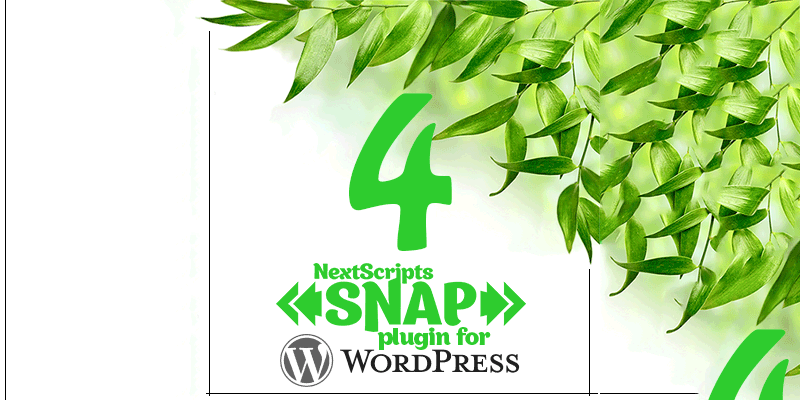 Version 4 is coming out soon. One of the most important new features is a completely redone auto-reposting. Auto-reposting in version 3 was done as on/off switch per network and separate include/exclude property per each post. It was very complicated and some reposting scenarios that were not possible or very hard to setup: – Repeat […]