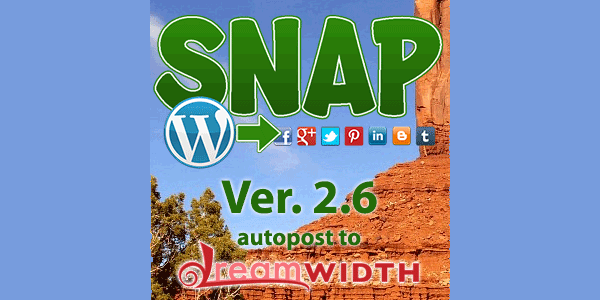 The new version 2.6.1 has been released. It has better interface, DreamWidth support, ability to auto-import comments from social networks and may other improvements and bug fixes.

1. DreamWidth. Technically DreamWidth is running on the modified LiveJournal engine, so it was logical to add a support for it. Just click “Add new Network”, select Livejournal from the list and then choose DreamWidth as the website to post

a. Go to the SNAP Settings->Other Settings and activate “Comments Import”.

Plugin will check hourly for new comments and automatically import them and add to your posts as WordPress comments. You can also click the “Import Comments” button to get them manually.